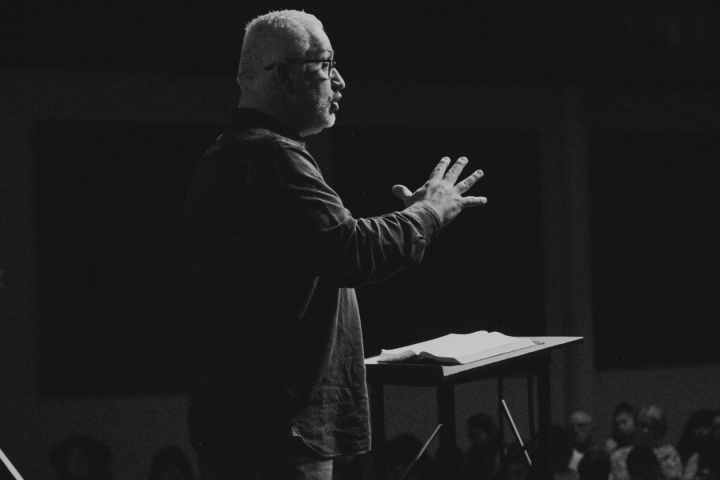 Acts 26:1-32 1 So Agrippa said to Paul, “You have permission to speak for yourself.” Then Paul stretched out his hand and made his defense: 2 “I consider myself fortunate that it is before you, King Agrippa, I am going to make my defense today against all the accusations of the Jews, 3 especially because you are familiar with all the customs and controversies of the Jews. Therefore I beg you to listen to me patiently. 4 “My manner of life from my youth, spent from the beginning among my own nation and in Jerusalem, is known by all the Jews. 5 They have known for a long time, if they are willing to testify, that according to the strictest party of our religion I have lived as a Pharisee. 6 And now I stand here on trial because of my hope in the promise made by God to our fathers, 7 to which our twelve tribes hope to attain, as they earnestly worship night and day. And for this hope I am accused by Jews, O king! 8 Why is it thought incredible by any of you that God raises the dead? 9 “I myself was convinced that I ought to do many things in opposing the name of Jesus of Nazareth. 10 And I did so in Jerusalem. I not only locked up many of the saints in prison after receiving authority from the chief priests, but when they were put to death I cast my vote against them. 11 And I punished them often in all the synagogues and tried to make them blaspheme, and in raging fury against them I persecuted them even to foreign cities. 12 “In this connection I journeyed to Damascus with the authority and commission of the chief priests. 13 At midday, O king, I saw on the way a light from heaven, brighter than the sun, that shone around me and those who journeyed with me. 14 And when we had all fallen to the ground, I heard a voice saying to me in the Hebrew language,1 ‘Saul, Saul, why are you persecuting me? It is hard for you to kick against the goads.’ 15 And I said, ‘Who are you, Lord?’ And the Lord said, ‘I am Jesus whom you are persecuting. 16 But rise and stand upon your feet, for I have appeared to you for this purpose, to appoint you as a servant and witness to the things in which you have seen me and to those in which I will appear to you, 17 delivering you from your people and from the Gentiles—to whom I am sending you 18 to open their eyes, so that they may turn from darkness to light and from the power of Satan to God, that they may receive forgiveness of sins and a place among those who are sanctified by faith in me.’ 19 “Therefore, O King Agrippa, I was not disobedient to the heavenly vision, 20 but declared first to those in Damascus, then in Jerusalem and throughout all the region of Judea, and also to the Gentiles, that they should repent and turn to God, performing deeds in keeping with their repentance. 21 For this reason the Jews seized me in the temple and tried to kill me. 22 To this day I have had the help that comes from God, and so I stand here testifying both to small and great, saying nothing but what the prophets and Moses said would come to pass: 23 that the Christ must suffer and that, by being the first to rise from the dead, he would proclaim light both to our people and to the Gentiles.” 24 And as he was saying these things in his defense, Festus said with a loud voice, “Paul you are out of your mind; your great learning is driving you out of your mind.” 25 But Paul said, “I am not out of my mind, most excellent Festus, but I am speaking true and rational words. 26 For the king knows about these things, and to him I speak boldly. For I am persuaded that none of these things has escaped his notice, for this has not been done in a corner. 27 King Agrippa, do you believe the prophets? I know that you believe.” 28 And Agrippa said to Paul, “In a short time would you persuade me to be a Christian?” 29 And Paul said, “Whether short or long, I would to God that not only you but also all who hear me this day might become such as I am—except for these chains.” 30 Then the king rose, and the governor and Bernice and those who were sitting with them. 31 And when they had withdrawn, they said to one another, “This man is doing nothing to deserve death or imprisonment.” 32 And Agrippa said to Festus, “This man could have been set free if he had not appealed to Caesar.”
Jun 27, 2021 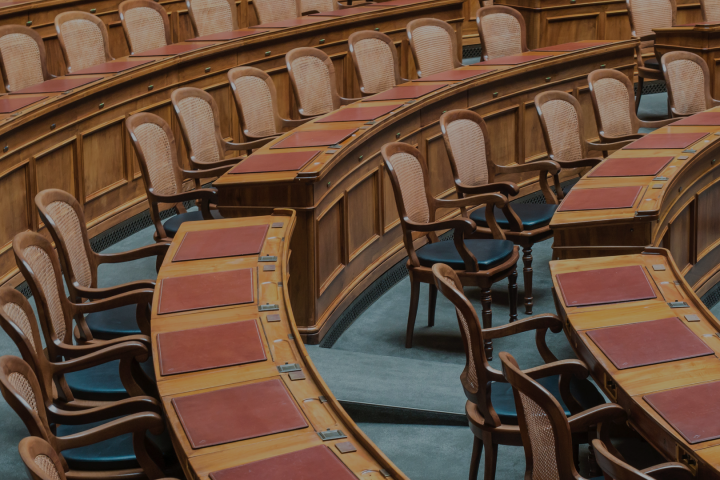 Acts 15:1-35 The Jerusalem Council 1 But some men came down from Judea and were teaching the brothers, “Unless you are circumcised according to the custom of Moses, you cannot be saved.” 2 And after Paul and Barnabas had no small dissension and debate with them, Paul and Barnabas and some of the others were appointed to go up to Jerusalem to the apostles and the elders about this question. 3 So, being sent on their way by the church, they passed through both Phoenicia and Samaria, describing in detail the conversion of the Gentiles, and brought great joy to all the brothers. 4 When they came to Jerusalem, they were welcomed by the church and the apostles and the elders and they declared all that God had done with them. 5 But some believers who belonged to the party of the Pharisees rose up and said, “It is necessary to circumcise them and to order them to keep the law of Moses.” 6 The apostles and the elders were gathered together to consider this matter. 7 And after there had been much debate, Peter stood up and said to them, “Brothers, you know that in the early days God made a choice among you, that by my mouth the Gentiles should hear the word of the gospel and believe. 8 And God, who knows the heart, bore witness to them, by giving them the Holy Spirit just as he did to us, 9 and he made no distinction between us and them, having cleansed their hearts by faith. 10 Now, therefore, why are you putting God to the test by placing a yoke on the neck of the disciples that neither our fathers nor we have been able to bear? 11 But we believe that we will be saved through the grace of the Lord Jesus, just as they will.” 12 And all the assembly fell silent, and they listened to Barnabas and Paul as they related what signs and wonders God had done through them among the Gentiles. 13 After they finished speaking, James replied, “Brothers, listen to me. 14 Simeon has related how God first visited the Gentiles, to take from them a people for his name. 15 And with this the words of the prophets agree, just as it is written, 16  “‘After this I will return, and I will rebuild the tent of David that has fallen; I will rebuild its ruins, and I will restore it, 17  that the remnant of mankind may seek the Lord, and all the Gentiles who are called by my name, says the Lord, who makes these things 18 known from of old.’ 19 Therefore my judgment is that we should not trouble those of the Gentiles who turn to God, 20 but should write to them to abstain from the things polluted by idols, and from sexual immorality, and from what has been strangled, and from blood. 21 For from ancient generations Moses has had in every city those who proclaim him, for he is read every Sabbath in the synagogues.” The Council’s Letter to Gentile Believers 22 Then it seemed good to the apostles and the elders, with the whole church, to choose men from among them and send them to Antioch with Paul and Barnabas. They sent Judas called Barabbas, and Silas, leading men among the brothers, 23 with the following letter: “The brothers, both the apostles and the elders, to the brothers who are of the Gentiles in Antioch and Syria and Cilicia, greetings. 24 Since we have heard that some persons have gone out from us and troubled you4 with words, unsettling your minds, although we gave them no instructions, 25 it has seemed good to us, having come to one accord, to choose men and send them to you with our beloved Barnabas and Paul, 26 men who have risked their lives for the name of our Lord Jesus Christ. 27 We have therefore sent Judas and Silas, who themselves will tell you the same things by word of mouth. 28 For it has seemed good to the Holy Spirit and to us to lay on you no greater burden than these requirements: 29 that you abstain from what has been sacrificed to idols, and from blood, and from what has been strangled, and from sexual immorality. If you keep yourselves from these, you will do well. Farewell.” 30 So when they were sent off, they went down to Antioch and having gathered the congregation together, they delivered the letter. 31 And when they had read it, they rejoiced because of its encouragement. 32 And Judas and Silas, who were themselves prophets, encouraged and strengthened the brothers with many words. 33 And after they had spent some time, they were sent off in peace by the brothers to those who had sent them. 35 But Paul and Barnabas remained in Antioch, teaching and preaching the word of the Lord, with many others also.
May 30, 2021 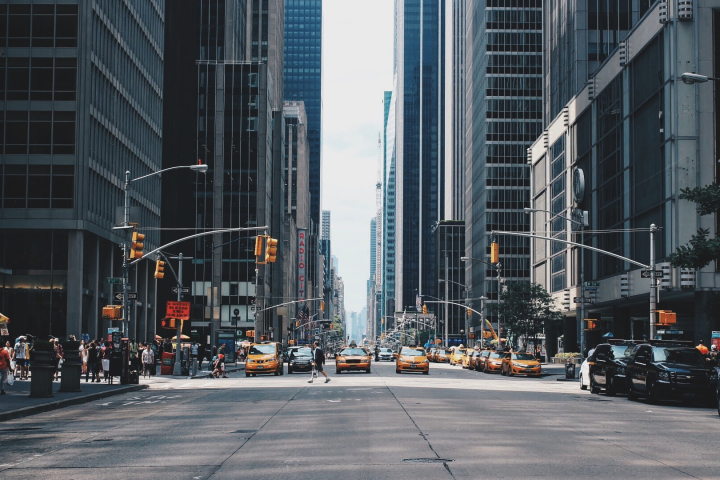 Acts 10 – 11:18 At Caesarea there was a man named Cornelius, a centurion of what was known as the Italian Cohort, 2 a devout man who feared God with all his household, gave alms generously to the people, and prayed continually to God. 3 About the ninth hour of the day he saw clearly in a vision an angel of God come in and say to him, “Cornelius.” 4 And he stared at him in terror and said, “What is it, Lord?” And he said to him, “Your prayers…
Today Worship Services
Dec 11 Cookies and Carols